Washington D.C. – On the day the Washington, D.C. City Council passed a sweeping overhaul to the city’s criminal codes, reducing or removing bail for most crimes along with lowering sentencing for criminals, Kelvin Blowe, a 32 year old activist with DC Justice Lab, was shot dead.

HotAir reports that Blowe had been actively lobbying and promoting the “justice reform” measure. Police say that no arrests have been made and the case remains under investigation.

The family of Blowe said that on Tuesday night, Blowe had just finished a late night security guard job and was driving some co-workers home.

He was on Southern Ave. near Suitland Parkway in SE when police say there was a crash after a driver crossed the line to try to pass Blowe’s car.

Blowe exited his car and was shot. 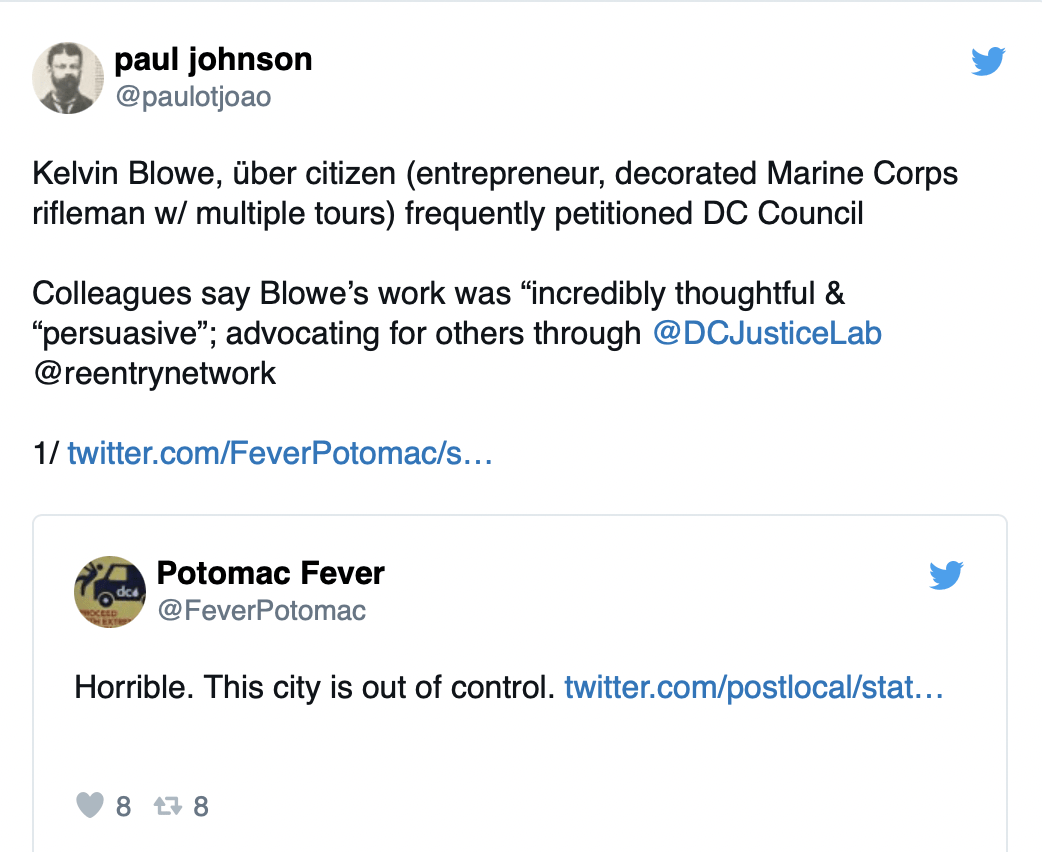 According to his LinkedIn profile, Blowe served four years of active duty in the American Military, including multiple combat tours in Afghanistan. Upon his return, his mental health issues and PTSD reportedly led to substance abuse issues.

WTOP reported that after Blowe developed a drug addiction, he was involved in the abduction and robbery of a man in 2016. He was released in March 2021, following a five-and-a-half-year sentence. He used resources from the National Reentry Network for Returning Citizens to get back on his feet, eventually becoming an organizer in the group while also starting his own transport company.

The murder rate in Washington D.C. is at a fifteen year high.

DC Justice Lab states that “Community violence cannot be solved through state violence alone. We need meaningful investment in solutions that are proven to work.”

How He Sounding? Roddy Ricch Drops A Freestyle On Funk Flex!